FACTS ABOUT AUTISM - AUTISM IN CHILDREN

Check out the following facts about autism.

People often ask what is autism? Autism is a life long disability (or ability depending on how you see it). The Autism Society of America defines autism as:

"Autism is a complex developmental disability that typically appears during the first three years of life and affects a person's ability to communicate and interact with others. Autism is defined by a certain set of behaviors and is a "spectrum disorder" that affects individuals differently and to varying degrees."

Although the terms disability and disorder are used here; many people with high functioning autism are only disabled when they have to interact with the world, that us neurotypical people have defined as normal.

Left to themselves many high functioning autistic individuals would order their world to be comfortable for themselves. We would then be the ones who almost feel autistic.

We have heard it said that an autistic person described watching life as from the sidelines of a stage. Everybody except themselves had a script by which to live.

Facts about Autism - TRIAD OF IMPAIRMENTS

People with autism are said to have a triad of impairments. These are around:

People with autism often have sensory difficulties as well.

You can read more about this triad of impairments on our characteristics of autism page.

Some children with autism may appear to be different from birth with difficulties in feeding and being very restless.

Other children may not be diagnosed until three or even much much later. I do know of autistic children who have not been diagnosed until they are in their teens, and even adults who get a diagnosis after living with it for over 20 years.

Of the children with autism who are diagnosed many more of them are boys. I believe the statistics may be five boys to one girl.

However I do question whether this is not that boys are more likely to have autism, but that girls with autism may be quite different, and therefore harder to diagnose.

Each person with autism is unique and girls seem much more able to mask the characteristics of autism. This may be because of their desperation to fit in and to be accepted.

Diagnosis may also be difficult because autism can appear like other disorders. Other disorders can also overlap such as:

Some people with autism have learning difficulties, others do not. However your child's learning environment and the way that they are taught have a huge, huge impact on your child.

These kids need teachers and staff who have a good understanding of autism. This is because often a child's behavior can be misinterpreted as bad behavior even when it is simply a response to a situation around them.

Even a very high functioning autistic person may have difficulties with changes. The tone of a person's voice can even impact your child's learning.

Things like this need a good deal of understanding and care.

OTHER FACTS ABOUT AUTISM.

Children with autism may be wired differently however you cannot catch autism from them. Autism is not a disease which can be caught. It may be hereditary as it often is found in several generations of a family.

Children with autism are thought to have normal life spans.

Children with autism may appear to be "normal (I say this loosely as what is normal), then appear to regress, some even loosing their speech.

Although the timing of this sometimes links in with vaccinations I am not sure whether this does in fact have a part to play.

Our daughter was not diagnosed until she was five, however, there were signs that all was not well from a toddler. She was very set in her ways and had little ability to play imaginatively.

Autism does not have a cure as such, early intervention however, can help children with autism to develop to their full potential.

Some people believe that a gluten free, cassein free diet can help children with autism.

A study by the University of California Davis Health System found that children with autism born in the 1990s were more likely to have gastrointestinal problems, including constipation, diarrhea and vomiting, than autistic children who were born in the early 1980s before processed food was so widely available.

I don't know much about it but you can check out this book The Autism & ADHD Diet: A Step-by-Step Guide to Hope and Healing by Living Gluten Free and Casein Free (GFCF) and Other Interventions

Leave facts about autism return to kids with autism page

Why not visit our forums below 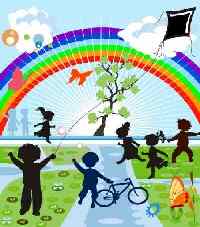 Sign up to our newsletter and get our activities for bored kids book free. 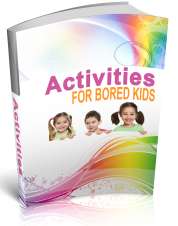